In the West, and even among us Byzantines living in the West, we have a tendency to treat the time from Christmas until Theophany rather like a diminuendo – which, in music, is a gradual softening and decrease in intensity, which is a wonderful way to end a lullaby intended to put us to sleep, but maybe not the best way to regard the great feast of Theophany. What I mean is, we treat Christmas as the climax of the season and Theophany or Epiphany as an addendum, when, in fact, this is backwards. In history and in liturgy this time is actually more of a crescendo – a gradual increase in excitement and intensity until it reaches Theophany – which is its climax – in which worship of the Trinity is revealed. 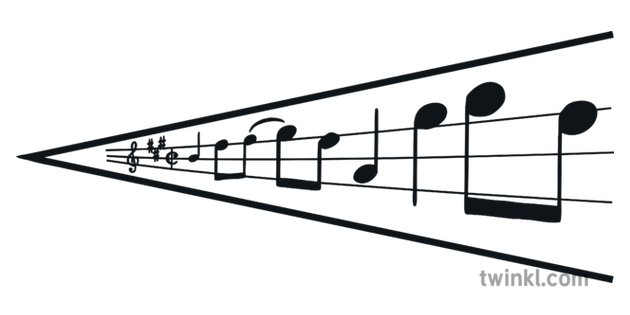 Look how softly we begin – with the birth of a baby in humble circumstance. His mother lays him not in a bed, but in a manger, not in some royal palace but in a cave. He is attended not by courtiers but by shepherds and later by wise men from the East. These were some of the few who knew who he was at all – and they were able to see it only with the eyes of faith overlooking the humility of his circumstance.

So, yes, the Lord is revealed at his nativity, but his revelation begins in obscurity. He is revealed quietly and to few. For many years, the mystery is contemplated in silence in the hearts of those who know before any part of it is revealed to the world. The prophets prophesied his coming long before his birth, but the true meaning of their prophecy was known to but few.

Eight days after his birth, as we remembered on January 1st, he humbly undergoes the circumcision that all Jewish boys undergo. To all appearances, he is in this like any other Jewish baby boy.

The feasts of the Nativity and the Circumcision emphasize, I think, his humanity – but the feast of Theophany reveals Christ to all to be the Son of the Father and reveals the Holy Spirit, who descends upon him like a dove.

Some knew from the beginning, of course, that Jesus is Lord – Mary knew and Joseph knew – having been told by an angel of the Lord. Christ’s divinity is present at every moment of his human existence, but sometimes it seems obscured to those without ears to hear – like a subtle musical theme underneath larger movements, which builds and builds throughout the piece until it is played loudly and clearly at times such as his baptism and his transfiguration and his resurrection.

One who reveals from the beginning that Jesus is Lord is John. Though John admits that he himself did not know Jesus as the Son of God until he saw the Spirit descend upon him like a dove (John 1:32-34), yet at the same time he reveals to his mother Elizabeth that Jesus is Lord even while both he and Jesus are in the wombs of their mothers. Jesus first approached John while they were both unborn in their mothers’ wombs and John, being a prophet of God most high, leapt in his mother Elizabeth’s womb, thus proclaiming to her that the unborn Jesus Christ is Lord (Luke 1:41-43).

You see, prophecy is God speaking to us through his prophets, but not always with the prophets’ own understanding. The unborn John prophesies, but did not yet know himself.

Again witness how quietly the theophany of the Lord begins when Jesus and John are babies – and yet it grows and grows – builds and builds like a musical motif in a complex composition, until it is revealed and known to more and more – to John himself, and then, through John, to his disciples, and now, through the apostles, to the whole Church and to all of us.

John, the Forerunner and Baptist of the Lord, is a prophet. Among those born of women, there is no greater prophet than John the Baptist (Luke 7:28). He is a prophet of prophets – a prophet whose prophecy was prophesied (Matt 3:3). John was a prophet even before he was born.

And when Jesus comes to him again when they are both men, he prophecies again, “Behold the Lamb of God who takes away the sin of the world” (John 1:29). Now, this proclamation is heard by all. Whereas before, only his mother Elizabeth could feel and understand John’s hidden prophetic leap. Now, God is manifest to all. It is theophany! It is like the climax or culmination of a musical composition. What was building up quietly is now fully and loudly expressed to all.

John is the prophet through whom this revelation takes place. It is John who sees the Spirit descend upon Jesus like a dove (John 1:32). And John thereby recognizes Jesus as the Son of God (John 1:34), for he hears the voice from heaven saying “This is my beloved Son, in whom I am well pleased” (Matt 3:17). It is a prophet who can hear the word of God. A prophet recognizes the melody of the Lord in the midst of the cacophony of the world.

Many reduce prophecy in their understanding to the foretelling of future events, but this is not even half of what prophecy is.

There’s a popular expression with a long history and many variations that one hears from time to time, which is better: “The prophet comforts the afflicted and afflicts the comfortable.” This certainly holds true if we examine the effect that prophecy has on people. John’s baptism was a comfort to those who repented of that which had been afflicting them. And his preaching afflicted, for example, the all-too-comfortable Herod who was unwilling to repent of his incestuous relationship (Mark 6:17-18). John was not afraid to point out that the fact of Herod’s transgression, even though it ultimately cost him his life to do so. A prophet always speaks the truth, which does often afflict the comfortable and comfort the afflicted, because a prophet is one who speaks for God – who speaks God’s words to each time and place as God intends them to be heard and understood.

Prophecy is speaking the word of God. For example, the Lord touches Jeremiah’s mouth and says, “I have put my words in your mouth” (Jer 1:9). And to Ezekiel he says, “You shall speak my words to them” (Ezek. 2:7). We are lost without prophecy, for our faith comes by hearing the word of God (Rom 10:17), which we can only hear through prophecy.

So, let us hear the word of God. We have now already heard the climax of the composition – we have celebrated Theophany and witnessed the revelation of the Trinity – the Father, the Son, and the Holy Spirit.

Now it is time to ask, “What now? What next? What can follow this greatest of revelations?” Well, let us continue listen to word of God – to the preaching of Jesus, who Theophany teaches us is himself the Word of God:

Today, “Jesus began to preach and say, “Repent, for the kingdom of heaven is at hand.” These are the first words of Christ’s preaching and with them, he pays homage to John, his baptizer, the greatest of the prophets, his forerunner, who made straight his way. The words that Jesus preaches directly quote the preaching of John, who went before him to prepare his way. Jerome points out that, by quoting John in this way, Jesus shows that he is the Son of the same God whose prophet John was. There is one God and one word of God, known to us by prophecy, who now preaches to us one word: repent. This one word will comfort us if we are afflicted and afflict us if we are comfortable.